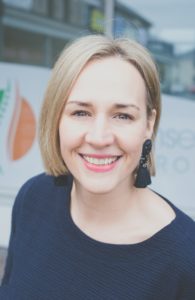 Pauline Byrne was born and raised in Kilkenny and after her secondary school education in Callan went on to study science in Trinity College, Dublin, graduating in 1997. After working and travelling for almost three years, she began her chiropractic education in 2000 at the Anglo European College of Chiropractic in Bournemouth. She graduated with Marc-Jan in 2004 and, after 4 months of voluntary work as a chiropractor in Uganda, moved to the Netherlands where she lived and worked till July 2015.