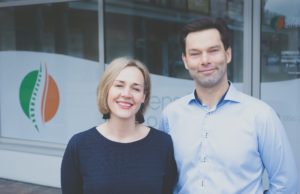 Pauline and Marc-Jan met during their chiropractic studies in Bournemouth, England and married in 2008 in Kilkenny.  They have two young children, Juliana and Teddy.  After living and working in the Netherlands for almost eleven years they decided to move (back) to Kilkenny to open up their own chiropractic practice together.

Pauline and Marc-Jan are accredited by the Chiropractic Associated of Ireland (CAI). The CAI is the only national organisation to insist that it’s members are trained to the highest educational standards and only graduates of ECCE/CCEI* accredited institutions are permitted to join the association.

The CAI is the only Irish association to be a full member of the European Chiropractors’ Union and the World Federation of Chiropractic. Membership ensures that chiropractic in Ireland is represented at the highest level. 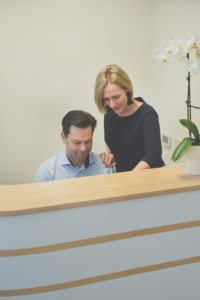